AAdvantage SPG transfer – one of our most popular travel hacks!

Starwood Preferred Guest SPG Starpoints are often considered one of the best ‘currencies' in the travel hacking/loyalty program game, because of their transfer values.

However, don't forget what really makes SPG Starpoints worth transferring – for every 20,000 Starpoints transferred, SPG will add a bonus 5,000 miles.

Why should I transfer into AAdvantage from SPG?

With miles from AAdvantage, you can book British Airways, Qatar Airways and Etihad Airways. One of the best redemptions for Dubai and UAE is the Etihad Airways Business and First Class. For example,  for around 62,500 AAdvantage miles you can fly in the A380 First Class Apartment (Abu Dhabi AUH to London Heathrow LHR). If you're lucky enough to have the Emirates NBD Starwood Preferred Guest World MasterCard, you could already be sitting on a heap of Starpoints.

With a sign-up bonus of 35,000 Starpoints, bear in mind you should only need 42,500 AAdvantage Miles for a one way business class to the UK on Qatar or Etihad.

Doing the maths on this AAdvantage SPG transfer:-

Will you be transferring SPG Starpoints into AAdvantage? Have you redeemed AAdvantage for Business or First Class flights before? We'd love to hear your thoughts, experiences and questions – just use the comments form below! 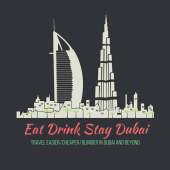 Get 15% UAE hotels discount or more with SPG Hot Escapes

IHG Accelerate Winter 2016: why you should consider it